AN INDEPENDENT MOLUCCAN STATE BY VIRTUE OF THE RIGHT OF SELF – DETERMINATION?

On April 25th 1992, a new Government, the Government of the Republic of the Moluccas in Exile has been formed, with mr. J. SOUNAUWE as PRESIDENT,  mrs. J. BERNARD TAMAELA as VICE PRESIDENT and  DR hc RANDOLPH DELANO MULLER as AMBASSADOR

This new Moluccan government in exile was formed on the initiative of the Moluccan political organisation “Homeland Mission 1950”. The main aim is to obtain the independence of the Republic of the Moluccas again.

After the transfer of sovereignty from the Netherlands Indies to the United States of Indonesia in December 1949 an internal strive between the Unitarian Group and the federalists began. The Unitarian Group was aimed at a Unitarian state while the federalists stood by the decision made during the round table conference (R. T. C. – treaty) August 3RD – November 2ND 1949; determining that Indonesia will become a federate state. Several federal states  joined the Republic of Indonesia, which had the disposal of the strongest military troops. Only the federate state East Indonesia were left over, of which the Moluccas made a part.

On April 25TH 1950, the Republic of South he Moluccas was proclaimed in Ambon, capital city of Republic of the South Moluccas.

The main reason for the proclamation was that the Moluccas people did not want to live  in a Unitarian Indonesian state. The Moluccan people were always loyal and had been fighting on the side of Dutch during the decolonization – lasting so many years.

After negotiation between The Republic of the South Moluccas and Indonesia had failed, Indonesia blocked the Moluccas Islands. From July the military attacks started on the young and independent state, and finally, In November 1950 Ambon was definitive occupied.

On the surrounding Moluccas Islands, among others Ceram, the Guerrilla and resistance continued. But as it is very hard to resist under an oppressive power, the struggle for independence continued from the Netherlands.

At first there existed two organisations striving for the Independence of a free Republic of the South Moluccas.

The organisation led by Mr. J. Manusama had focused their policy through the years mostly on social elements of the stay of Moluccan people in the Netherlands. Mr. J.. J. Tamaela lead the other organisation, a government in exile and emphasized the strive for independence on international level, especially at the United Nations in New York. Mr. I. J. Tamaela obtained a concrete result: the African state Benin recognized the Republic of the South Moluccas as an independent state.

Unfortunately, after Mr. I. J. Tamaela died in 1978, his organization was less active in the struggle for independence.

The Government of the Republic of the Moluccas in Exile was formed on April 25th 1992, on the initiative of the Moluccan political organisation “Homeland Mission 1950”, which is a member of the United Nations Working Group on Indigenous People.

After many years of  attending and participating the United Nations conferences in Geneva from 1985 until present day and making international contacts in New York and Washington, it seemed, focusing the developments in the international community and politics, necessary to form a government.

DOES THE RIGHT OF SELF DETERMINATION PROVIDE A SOLUTION?

Originally the right of self determination as such was not recognized in the United Nations Charter.

Several resolutions of the General Assembly of the United Nations declare that the people of South Africa and the Palestine people have the right of self determination.

From the so called “COB – report”, 1984 you can conclude that there is a development to a different practice of the right of self determination.

The United Nations Sub Commission on Prevention of Discrimination and Protection of Minorities took the initiative to make this report; explicitly concluding that indigenous people have the right of self determination. This report contains several ways of autonomy, the filling – up of this right is of the people itself.

Another, in 1991 established non governmental organization in the U. N. P. O. (United Nations and People Organization) which offers an international forum to unrepresented nations and people to ask attention for their ideals.

The above outlined developments in the United Nations point to a juridical development which can make an adjudication of the right of self determination beyond the colonial context, possible. This may offer prospects to the strive of a Free and Independent State of Moluccas.

The essence of the United Nations Working Group on Indigenous People and the U. N. P.O. may not be underestimated; as a juridical standard mostly is a result of a political anticipation on the changing international community, emphasized by organizations. 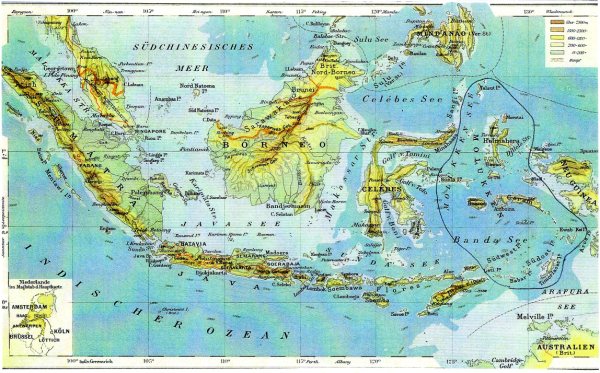